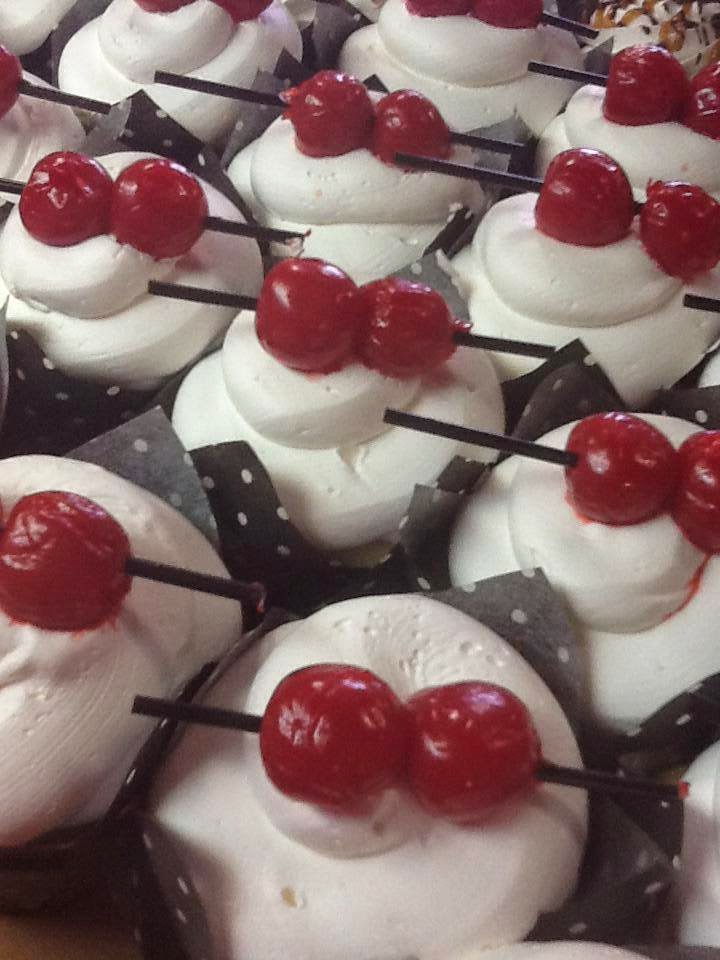 I've heard of the elusive brandy old fashioned cupcake from Tamara's for quite sometime now, but never got my hands on it...until today. A great neighbor of mine was so gracious enough to leave a special delivery on my doorstep. 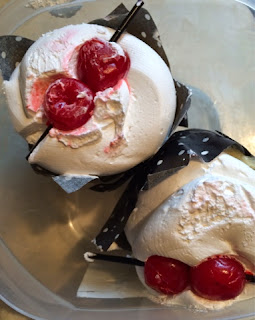 Upon opening the tupperware, I could smell the cherry sweet bakery wafting from the container. I decided at that moment, it was definitely happy hour and I was having dessert before dinner. 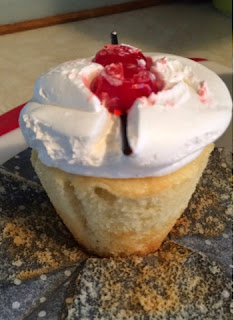 The cupcake was a moist yellow cake, filled with a thick creme and topped with a velvety whip. Both the creme and whip tasted very similar to me with a subtle cherry flavor. There was a subtle brandy taste throughout the cupcake. The entire cupcake was very delicate and not overpowering sweet or strong. I wish the cake had a hint of orange to really make this feel more like a true brandy old fashioned. A single cupcake is $2.50. Good price for the love put into these creative edible art pieces. 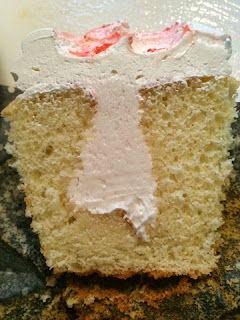 As I typically get to see the old fashioned being made before I review the drink, I called Tamara's and asked them to describe the cupcake to me. The girl on the phone said it was a brandy flavored cupcake infused with brandy and a filled with an old fashioned whip and topped with the same whip and 2 cherries. Brandy old fashioned sweet cupcake.

I enjoyed the cupcake; however, I ultimately would not order it if I was at the store. I prefer my brandy old fashioned in drink form and I can't say no to Tamara's Lick the Bowl or Red Velvet or anything with cream cheese frosting.

No olive rating for this review, because I am pretty bias about my cupcake preferences. But I always recommend Tamara's yummy purchases.