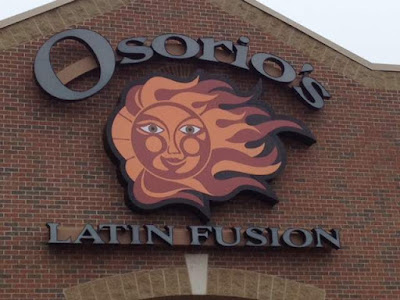 OK Ladies & Gentlemen, this is what you have been waiting for.

Let’s face it. This is what *I* have been waiting for—an old fashioned cocktail tasting.

A co-worker of mine has been telling me about Osorio’s pairing menus for months now. I really was interested in going to one of their margarita pairings, because after all, they are a Latin cuisine restaurant. But I didn’t hesitate when I got the email that read... 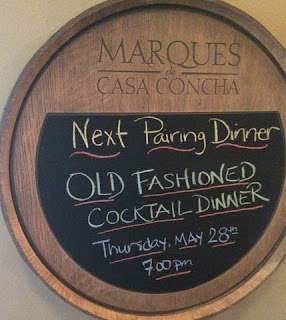 You can wait with abated breath to learn the menu (or look below). Let me set-up the scene. I arrived at Osorio’s just before 7pm. The place was packed. My only criticism of the night was that the event seemed a little chaotic and disorganized upon entering—it really wasn’t, I was just uniformed. There was a table waiting for my colleagues and me. Then the event started. 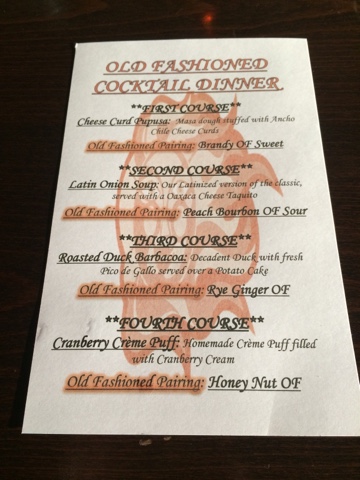 The head bartender welcomed the crowd of 50-75 (yes! That huge!). He then went into the standard history of the drink. Alexander in the 1880’s in New York with Brandy, bitters & club soda. Yada yada. He talked about how he had never had the drink before moving here. It was nice.

I’d like to note that the Head Chef came out and talked about his Latin spin on all of the Wisconsin dishes. It was really fun to hear and of course taste. This isn’t a food blog, so I’m not going to comment on that too much. Just know, the food was awesome. 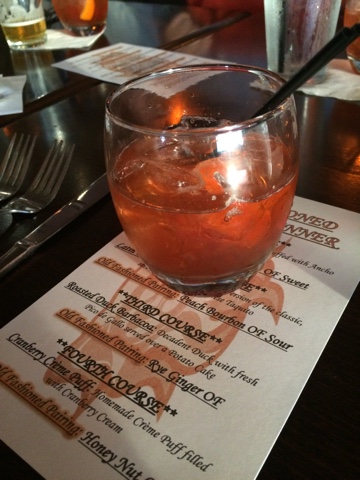 The first drink definitely needed more bitters. Very, very sweet. They used far too much sugar, even for the brandy sweet. It was sticky and couldn’t taste the brandy. The drink was hand muddled (I believe they all were).

P.S. The masa was a favorite. 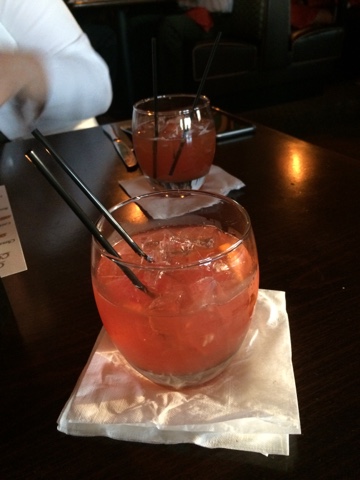 This was my favorite drink of the night—by a land slide! My first impression was pixie sticks! The drink wasn’t overly sweet, just had a great punch of peach flavor. It was actually very light and refreshing. I would like another one in my future. 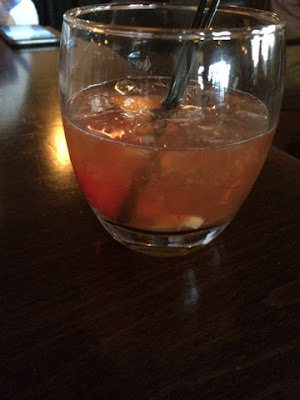 Awful. I don’t think I’ve ever not finished an old fashioned in my life. This one wasn’t finished. It was all rye and extremely burning on the way down and while it sat in my stomach. One friend said they got a LOT of ginger flavor in their drink, but all I tasted was paint tarnish.

However—it was interesting to taste this cocktail with the sweet duck meal. It did really change the flavor of the drink to make it a lot more tolerable, but in the end, the damage was done. 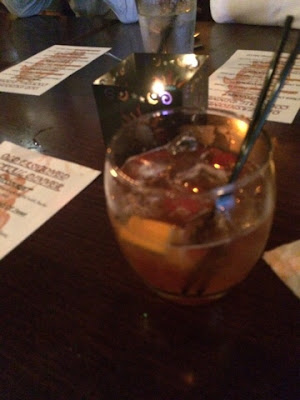 This was the most subtle of the drinks. I would only get the honey nut on the very finish of the drink. I thought it was a very light cocktail, while others got a lot of honey in their drink. They liked the honey, but felt like it really stood out. I didn’t get that. There weren’t any aromatics in the drink like I’d expect from an old fashioned. It was a different twist, but not special.


Dinner began shortly after 7:00pm and ended around 8:30pm. It was nicely paced and for $59/person, it was priced reasonably for the experience. Considering, it would be difficult to think of several ways to make an old fashioned that is different enough for each course, I think they did an excellent job. While, I probably wouldn’t do an old fashioned tasting there again, I would definitely come back for another pairing menu. I also wouldn’t hesitate to order this Wisconsin classic at this Latin restaurant.