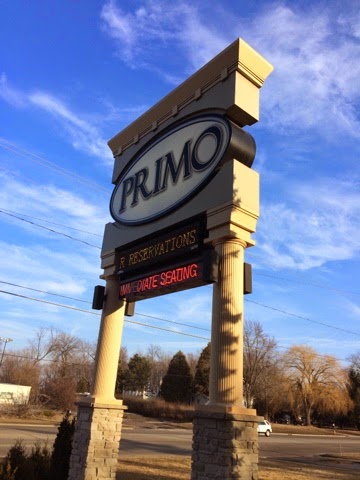 While I’ve lived on the Northside of Oshkosh for my entire Oshkosh residency, I can only recall going to Primo’s twice. Once for takeout and once for a retirement party. Neither visits stand out in my memory, but nor were they an appropriate representation of this restaurant.

My Friday friends (the other couple that my husband and I go out with on Fridays) and I decided to give Primo’s a try. We arrived just in time for their happy hour. During the week, the happy hour includes an appetizer bar, but not on Fridays. See what is included below. 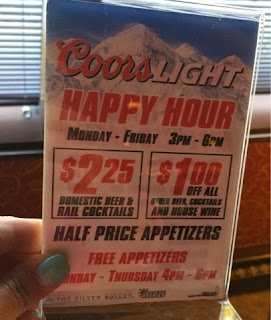 I ordered the usual, a brandy old fashioned sour. The bartender grabbed a glass and added ice, of course, I winced. That’s never a good sign. After adding several shakes of bitters, the bartender pour the soda and Christian Brothers brandy into the glass at the same time. He then added an olive garnish. 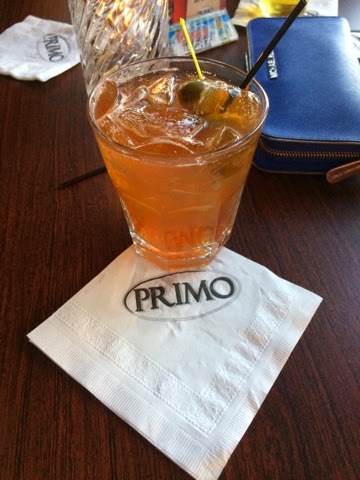 The drink tasted like a brandy old fashioned sour—despite so many shakes of bitters. There was absolutely nothing special about the drink other than it costs 75 cents more than just a brandy and soda costs during happy hour. My drink was $3.00 and a rail brandy & soda only cost $2.25. Just like my drink, my entire experience at Primo was less than average.