The best part of having this blog is pretending how scientific my review system is. But, let's be real. It isn't. It's my particular tastes on that random day combined with the company I'm with and the ambiance of the bar. What I'm saying, make 2 crappy drinks with the same price and put them in two different bars and my feelings on them would probably be a bit different.

So cue, random Oshkosh bar—Jeff's On Rugby. Selling a house has put me in a temporary living arrangement that so happens to have a local corner bar. Who knows how I would have felt going to Jeff's if it wasn't so convenient. \ But the fact is, this bar is pretty damn close. So I entered the bar, wanting, willing, wishing, praying for it to be awesome.

It doesn't get much more townie bar than it was. We arrived shortly after 4 p.m., when the doors opened, and the spots around the bar were sparse. We found two spots together and I ordered the standard affair, a brandy old fashioned sour.

The bartender (owner?) grabbed a highball and filled it with ice. Then came lots of bitters, a heck of a lot of rail brandy and then splash or two of soda. I mean a heck of a lot of brandy. He asked if I wanted a garnish, olives it was. 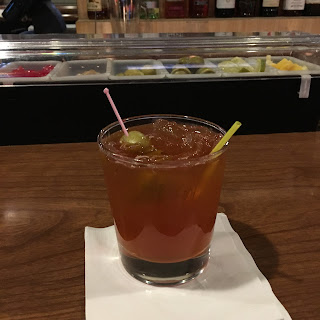 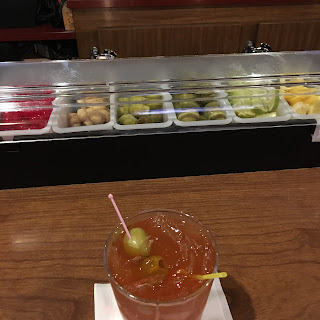 The drink? Potent. Nothing specially crafted, but for the ~$3 happy hour price and the 2+ shots of brandy, who could complain? I also loved that they had pull tabs for top shelf drinks. I switched to Korbel after my first and enjoyed playing pull tabs for the remainder of the night.

Jeff's is clean. Has free Valley popcorn. The locals were very nice. The bar was fun! It was Kentucky Derby day, and I always appreciate a good themed reason to gamble. The food (from what I remember, I may have imbibed a bit) was on point.

I may have went because of the proximity and to try to the old fashioned, but I will return because of the great service, the right price and the plentiful pours.

Go to Jeff's, but with the expectations of a great townie bar, not the best old fashioned ever.