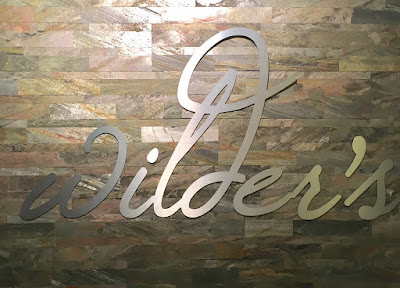 When Wilder's Pub and Bistro opened, I heard about it right away from a friend. Her and her husband would frequent Mister G's as it was conveniently located for them. The first thing I was told was that they were to have a brandy old fashioned tasting trio!

Too bad for us, this review is not about that tasting trio as when I patronized the establishment, all of the ingredients were not yet procured. So I had the usual brandy old fashioned sour.

Lucky for me, I saw one bartender craft the cocktail for a gentleman across the bar from me; whilst shortly after, a different bartender made one for me. The actions of the bartenders were very similar, except mine used less bitters. Which made me a bit bitter (bad pun). Also, my drink wasn't made with sugar, but the previous bartender used sugar. I assume they requested a sweet drink.

I was asked if I wanted a tall or short. I requested a tall. The bartender added two cherries, an orange slice and two shakes of bitters to the glass and then muddled with a glass muddler?! It was interesting looking... Afterwards, he added two shots.. that came from a regulator. After that the soda was added with olives on top. 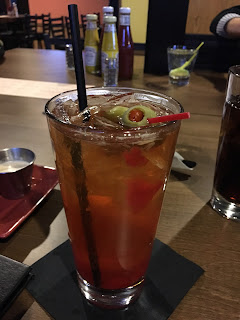 If you've been a long time reader, you'll know that I'm not a fan of the liquor regulators. I understand that this is a new establishment and it's a cost-savings attempt. BUT, you are a new establishment and this isn't the best way to endear Wisconsin drinkers. The drink tasted fine. It was rang up as $4 long, $2 old fashioned, for a total of $6 for the drink. I'm meh about that. I don't feel like I got anything special for an extra $2. Not $2 of extra bitters. 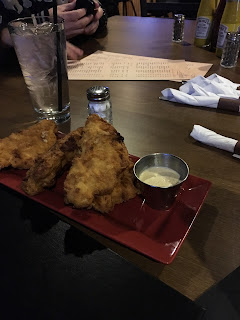 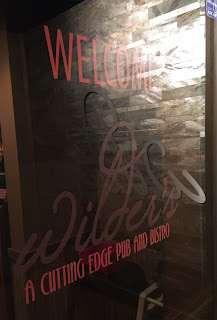 The saving grace was that the food was outstanding as a "don't call me a gastropub" establishment. I'd go back, but not for the drinks. If you go, try the fried mac & cheese. It was wonderful as was the gumbo with risotto. It hit the spot for a cold sub-zero day.