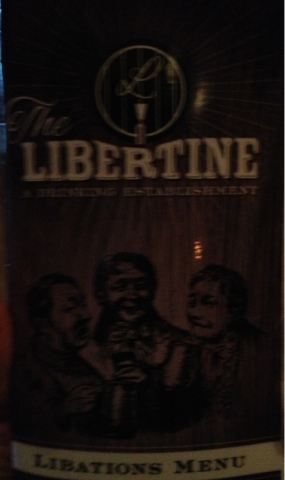 When I first read about The Libertine in an article posted by the Green Bay Gazette, I was excited! I immediately ventured to their Facebook page where they touted, “A craft cocktail bar in Green Bay, WI serving the finest spirits and having the most knowledgeable and hospitable staff.” Finally! A mixology bar that you might find in Vegas in my own backyard. I had high expectations for this place and it has been on my to-do list since; therefore, when I got a chance to convince some friends to stop there before dinner one night that is what we did.

Upon entering the drinking establishment, I immediately noticed the rich mahogany theme throughout the bar. The place was narrow and long, with a bar to match. Several old school games were positioned at the entrance of the bar area, including a bumper pool table. Which I believe just sets the old school mood. 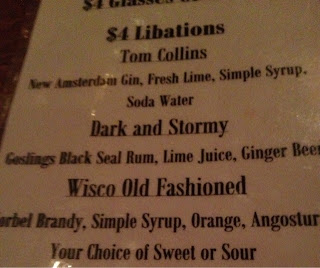 The bartender was finely dressed with a vest and tie. He looked like an expert. I ordered their “Wisco Old Fashioned” sour. He grabbed a tumbler and added a shot of simple syrup, 3 dashes of angostics bitters and an orange slice. He muddled lightly and not very long. He then added 1 shot of Korbel Brandy (measured out) ice, soda and 2 cherries. I was never asked for my garnish preference. 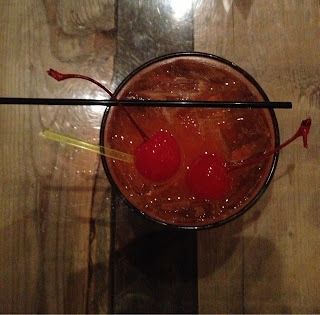 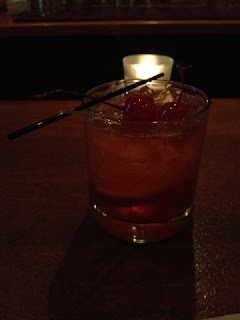 The drink was missing the aromatics that I am obsessed with. The first few tastes were very sweet and continued throughout the drink—it was because of the use of the simple syrup. The simple syrup simply overpowered the brandy, citrus and bitters. The signature Korbel taste was completely lost. I believe this drink was especially a turn-off on such a hot, humid day—as it was so heavy and far from refreshing. And to top it off, one shot of brandy does not do it for an old fashioned. They typically charge $8 for this drink, but we were there during happy hour, so it was only $4. 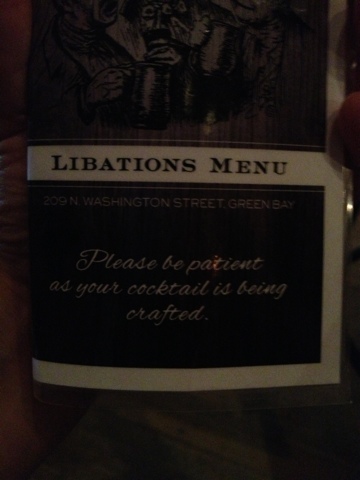 I wasn’t going to give up on this place. Next, I tried their New Fashion Old Fashion. This drink includes a bunch of ingredients that I was not completely familiar with: overholt rye, fernet branca, triple sec, maraschino liqueur and house made apple bourbon bitters. 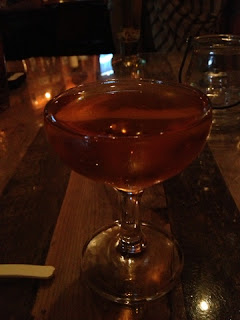 I appreciate the time and crafting of the assembly of this cocktail. This was definitely a process and I enjoyed every moment of it, including when the bartender sliced a fresh piece of the rind off of a lemon and coated the rim of the glass with it. However, it was one strong drink that kicked me off my ass. It was super burny the entire drink.

Since then, I have un-liked them on Facebook and have no intentions of going out of my way to visit again. However, if I was in the neighborhood, I would partake in their libations again, just not the old fashioned. Also to note, I saw they had ginger beer there! It has been on my "to taste" list for some time. My rating is based largely on their Wisco Old Fashioned, which just wasn't up to bar based on the taste and the price. However, the bar is quite nice, so that bumps up the rating.