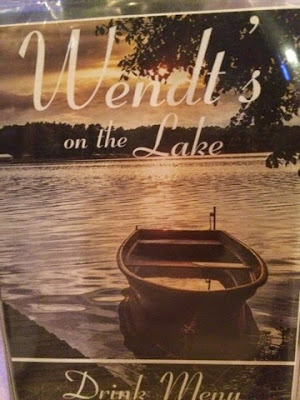 A Journey to Van Dyne Strikes Back

After our fun escapades at Lakeshore Mart (remember? The bar in the gas station? How could you forget?), we ventured across the street to Wendt’s On the Lake. I’ve passed this super club many, many times and have heard varying reactions. It was time to try it out myself. The restaurant was packed, which was not surprising for a Friday night. We waited awhile to even get close enough to the bar to order a drink—but during that entire time, I watched several bartenders make my classic drink. It was not looking good. 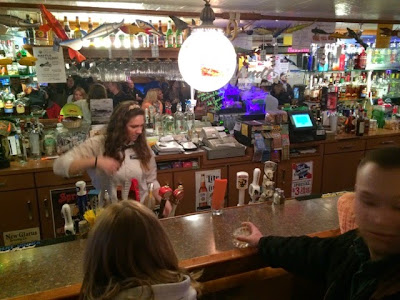 In fact, when I finally ordered my brandy old fashioned sour, it was déjà vu. Apparently, Wendt’s On the Lake, a Wisconsin tradition for over 50 years (their words, not mine), have the exact same recipe as their “competition” across the street.. you know.. the bar in the gas station. Except, Wendt’s was not so generous with the brandy. They seemed to have smaller than usual cocktail glasses, which the bartender filled with ice, a shot and half of Christian Brother’s brandy, a splash of Jero mix and topped with soda. 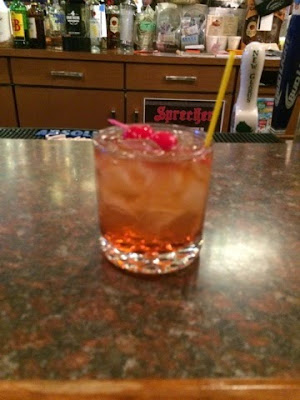 Wendt’s confuses me, for several reasons. The top reason—there was a giant bottle of Angostura bitters on the bar rail. Come’on folks, we are halfway there. Second reason—on their Facebook page, they advertise they make their own Tom & Jerry mix for Christmas. Really? That takes FAR more effort. Speaking of Facebook, my last reason. They recently posted on their Facebook page that they have olives, mushrooms, Brussel sprouts AND cherries for garnishes. WHY would you have so many garnish choices for a poorly made drink? At least the drink was only $3.50.

Perhaps I wouldn’t have been this cranky if the bartenders would have been a bit friendlier. I guess after coming from Cheers (bar in gas station), this was kind of a letdown. Other let downs include:
Some of the items listed above are personal preference or not really huge deals—it was a columniation of items things. Same thing I said about Waverly Beach, holds true for here. If my plate of food costs more than $10, don’t serve it to me on a plate you stole from the local cafeteria.
There was nothing egregiously wrong with Wendt’s. It’s simply not a place I would choose to go again.