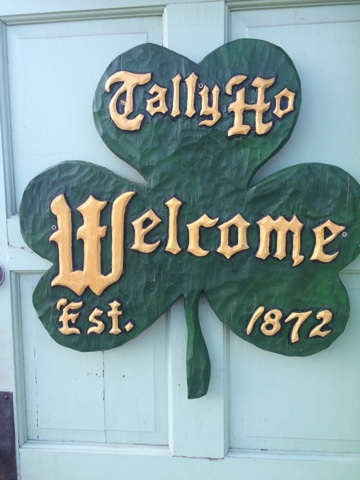 I think we all have one of those places that we’ve driven past several times and always thought to ourselves, “Hey! We should stop there sometime..” Sometimes it happens and sometimes it doesn’t.
I’m here to report—my places still go unvisited, but a good friend of mine has finally checked off her place. Tally Ho in Hayward. 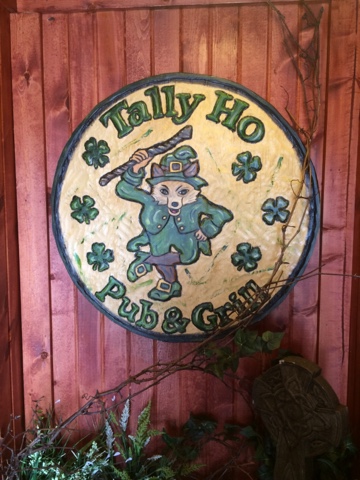 When I woke up that morning, it was 64 degrees in the house. By the time we entered the bar, it was above 70 out, the cool wind of Fall made it old fashioned season once again. While the other two ladies opted for a Bloody Mary, I ordered the usual. Brandy old fashioned sour please… well, it didn’t quite roll off the tongue that easily (it’s been awhile), but it was ordered.

I was asked what kind of brandy I wanted—I went with Korbel. What size? Tall. So a pint glass was grabbed and 2 sugar packets were added. Then came a two cherries, an orange slice, just slightly more than 2 shots of Korbel. The shots of brandy was measured simply by feel from this veteran bartender (and probable owner). These ingredients were muddled before the bitters were added. Then came the ice, soda and elaborate garnish. 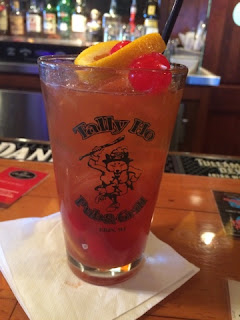 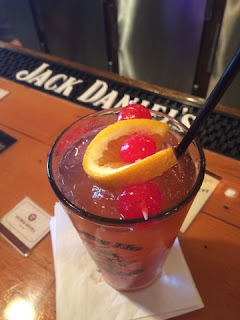 The drink was quite sweet, I'm not sure that an actual sour soda was used. The drink could have had more bitter for being a pint glass. The drink was average and a slightly over-priced at $7, but the service was great! The atmosphere was fun and their french onion soup was on point.
It was a fun little destination in the middle of nowhere. It didn't hurt that I won $50 on a bar slot machine and the weather was perfect. If you ever pass by Tally Ho, it's worth a pit stop.

Email ThisBlogThis!Share to TwitterShare to FacebookShare to Pinterest
Labels: 3 olives, hayward, out of town, supper club